MIDLOTHIAN – It’s all about Texas and that includes the meaning of the name Union 28.

One of the new places in Midlothian to offer the Lone Star theme with food, drink and live music, Union 28 co-owner Mike Hill said: ‘We chose the name Union 28 because that Texas is the 28th state added to the union. We will be everything in Texas, like having live cannons that replicate those used in the battles of San Jacinto, all of our beer taps will be replica guns used from the 1800s used in Texas, to having live music acts that are from Texas or occur primarily in Texas and we will primarily offer beers that are only made here in Texas. 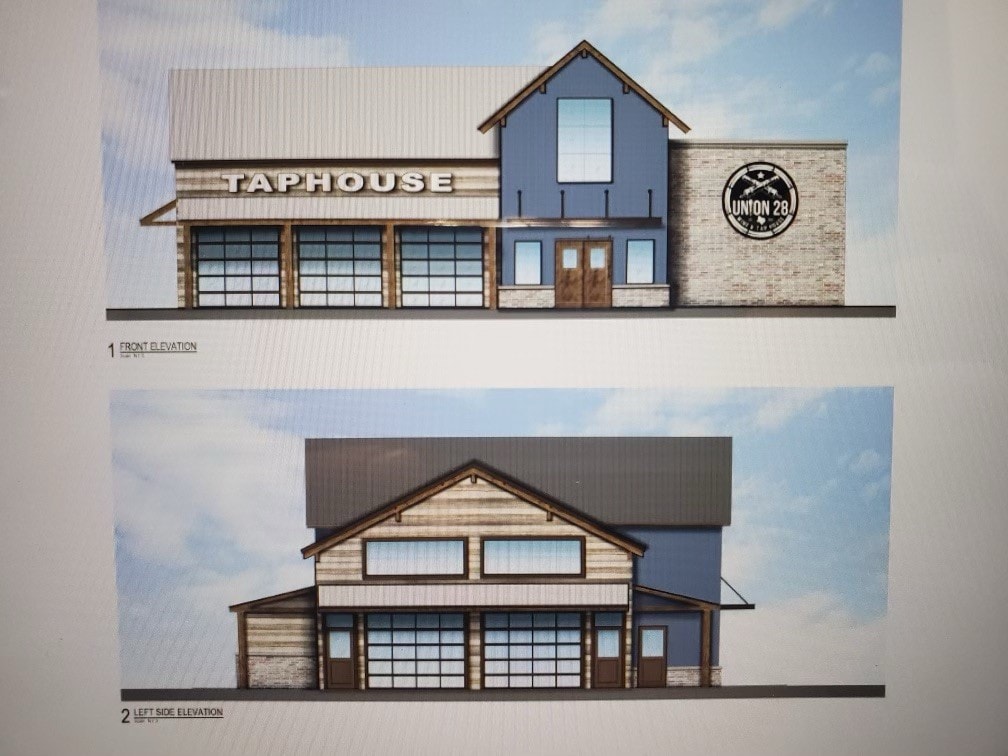 Opening to the public August 6 at 5 p.m. at 651 Highlander Avenue, Union 28 will be open every Friday and Saturday night at 7 p.m. until the building is full with food trucks and live music. Once the building is complete, hours will expand to seven days a week, and a Texas-themed menu will serve Texas beef brisket nachos, steak, bison burgers, quail, and even rabbit. To whet the palate, Hill said there will also be flights of different Texas-infused libations.

Treat the teacher to Union 28 on August 6

With the grand opening on August 6, the proud Texas restaurant will host an event that night called Treat the Teacher.

“We will have prizes and raffles for teachers in the community,” Hill said. “You can be a teacher in any school district and participate. When someone buys a raffle ticket they will write their favorite teacher on the ticket and we will raffle tickets and teachers will be the only ones who can win a raffle prize. We will have pizza, grilled cheese and Midlo Scoops food trucks. A few bouncy houses and a corn hole tournament. »

And there will also be three different acts live on the new stage. The music for this evening will feature Canaan Bryce with Alex Engelhardt. Bryce and Engelhardt are both Waxahachie natives. Bryce describes their sound as “Texas rock and roll”, a blend of Texas sound and Southern rock with influences from traditional rock & roll.

Union 28 is asking for donations of pens, markers, pencils, notebook paper and earphones/headphones to be delivered at the front door. They are also asking for items to be donated to Manna House Midlothian. Manna House uses the proceeds to purchase for teachers and donate to each school in the district.

Manna House & Union 28 team up to treat the teacher

Hill said Union 28 is hosting the event with Manna House Midlothian because “my mum, sister, aunt and wife (until this year) are all educators and one of the things I always hear about is how much money they have to spend on their own classroom supplies. I have worked with Manna House, over the past few years, through my Hill Financial Group for different causes.

So we reached out to Sissy, along with Manna House, and asked if they had ever hosted an event for teachers to gather supplies for them, not just students. She let me know that Manna House was having a school supply event the weekend before July 30 for students, but not for teachers.

From there, Hill discussed the idea of ​​his event with Manna House and they said they would like to be involved. This is a good choice since Manna House already works closely with schools and will be able to understand and deliver what teachers need most.

“Our goal is to raise $1,000 per school in the district as well as supplies to distribute to teachers,” Hill added. “Everyone is welcome as we really want to make this a fun family event. We understand it’s August in Texas and outside so we will have over 25 fans and foggers spread throughout the venue.

Hill moved to Midlothian in 2008 with her family. Her oldest daughter attended MISD K-12 and her youngest daughter is currently enrolled as a junior at Heritage High School. He said he thought the location of Union 28 was good as the site area is set on four acres in the heart of Midlothian with access from Main Street and 14th Street.

“The stage is called the quarry, Hill concluded,” because after researching, we verified that this location was one of the earliest limestone quarries in Midlothian. We love living here and wanted to open a place that Midlothian residents could be proud of, not only a fun place to go with your family, but also a place to use for fundraisers to give back to the community.

For more information and a list of Union 28 live broadcasts, visit https://theunion28.com/