“Life Written by Himself”, written by Archpriest Avvakum, is not the most famous work in Russian literature. But this unique autobiography found favor and interest in Tolstoy, Dostoyevsky and other great Russian authors.

We are in 1654. The plague is raging in Russia; in addition, a total solar eclipse occurs the same year. The pious priest, Avvakum, sees them as the wrath of God for the reforms of the church of Patriarch Nikon, whom he considers an apostate. Avvakum preaches against reforms and becomes one of the leaders of Raskol – the split between the Russian Orthodox Church and the Old Believers movement. He is thrown in prison, from where he begins to tell his story …

The future literary author Avvakum Petrov was born in a village in the Nizhny Novgorod region in the family of a priest. In the Life, he writes that at the age of 21 he became an assistant priest (deacon) and, at the age of 31, he “rose” to become an archpriest (protopope), which was a fairly high rank in the Russian Orthodox Church. . Even Tsar Alexey Mikhailovich knew and respected him.

Avvakum was an active activist against injustice and stood up for those in need of protection. As a result, he often found himself in difficulty, crossing paths with influential people. He once refused to give his blessing to the son of a noble boyar, and on another occasion he saved an orphan from the attentions of a local “high official”. Avvakum was blasted and beaten, and one day his house was even attacked.

He fled from his persecutors to Moscow, where a reform of the church had just begun. Patriarch Nikon had just introduced a number of changes in church practice, including a prescription for Orthodox Christians to make the sign of the cross using three fingers, not two. Avvakum reacted to the changes with anguish and watched in horror as Nikon forcefully adopt the new rules and severely punish those who disobeyed. The latter were thrown into prison and some particularly devoted monks had their fingers and tongues cut off. 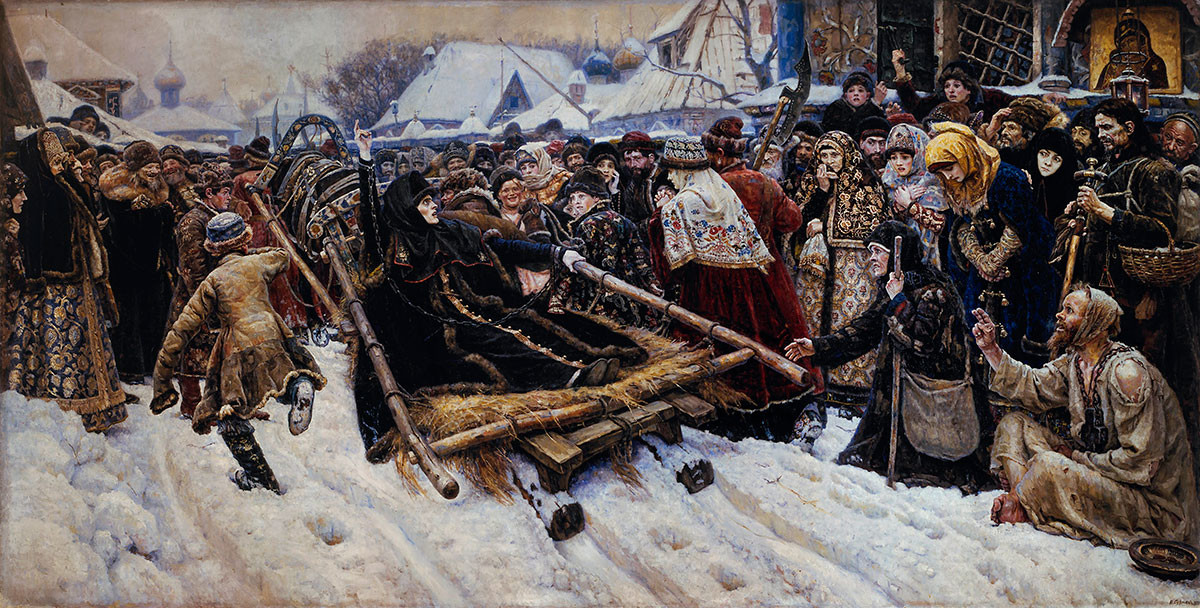 For his refusal to use three fingers when making the sign of the cross and for preaching against the reforms, Avvakum was exiled to Siberia for several years. Subsequently, he was allowed to return to Moscow in the hope that he would agree to the reforms. The Tsar himself came to persuade him, but Avvakum was adamant. Other attempts to involve him in the reforms were abandoned and he was thrown in prison, from where he began to tell his story. 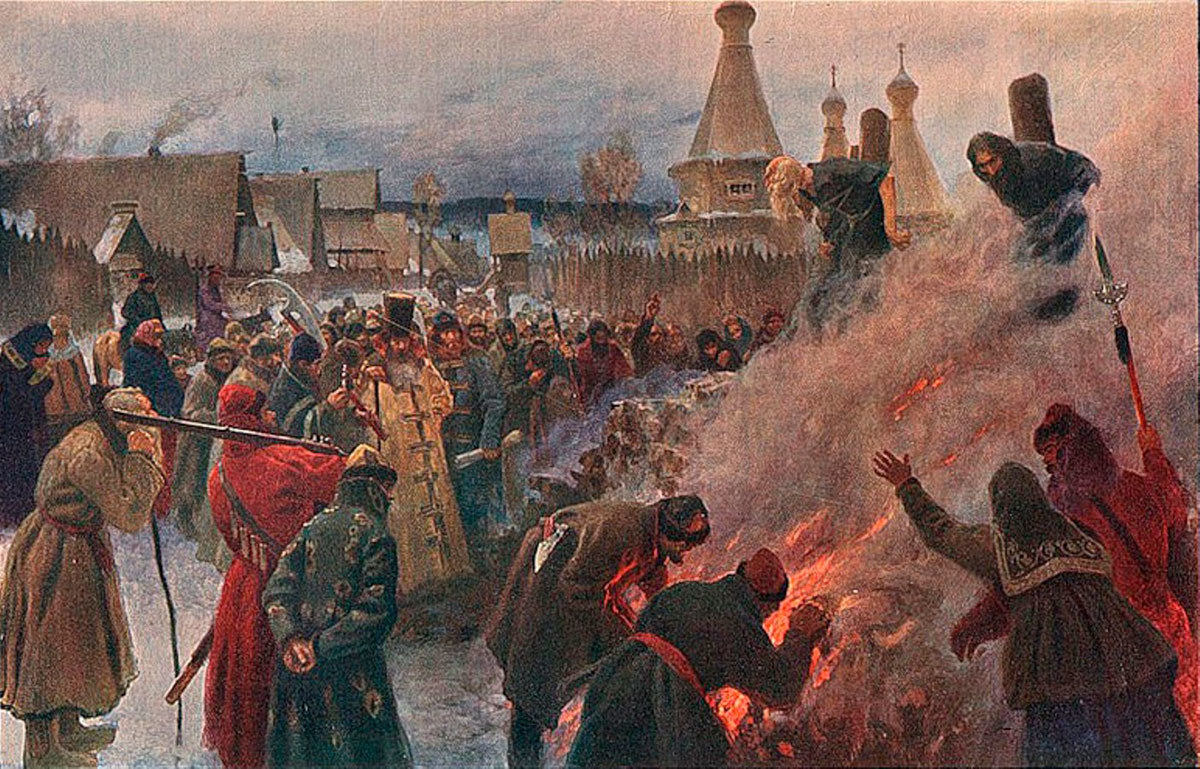 Museum of the History of Religions, St. Petersburg, Russia

In prison, Avvakum continued to preach, and so he and his companions were executed: they were burned alive in 1682.

The life of a saint written by himself

Ancient Russian literature does indeed have its roots in the genre of biographical “life” (vita). A description of the life of a saint would be drawn up after his death by monastic chroniclers, according to precise rules laid down by the church. They told how the saint had lived piously and what miracles he had performed. from Avvakum Life is different if only because it was written during his lifetime and by the subject of the biography itself. At the same time, the text is interspersed with real names, places and detailed descriptions. Avvakum also mentions miracles – at the end he lists the times when he healed individuals and delivered them from demons. 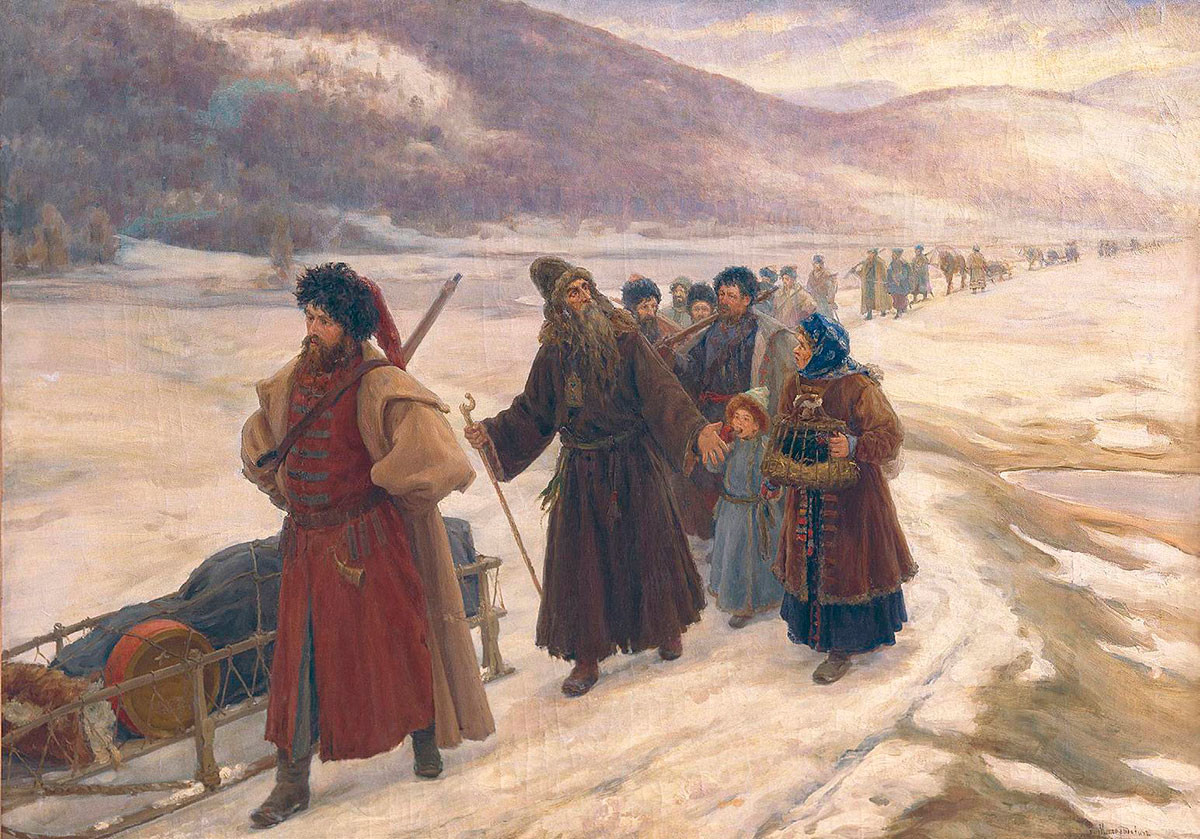 Museum of the History of Religions, St. Petersburg, Russia

Another innovative feature of Avvakum’s story is that he writes a lot about his own feelings, guilty thoughts, mental torments, and doubts. For example, he describes how a young woman came to him and confessed to him about her wanton behavior, and how this kindled a lustful spark in him (“I myself was grieved, burning inside with lustful fire”) . He naturally overcame it. Much later, Leo Tolstoy described similar mental torments in his diaries and also in his prose – for example, The Kreutzer Sonata.

from Avvakum Life is also a controversy. The archpriest gives his opinion on the most diverse aspects of faith and life; he debates with other priests and presents arguments against Nikon to defend the “old” beliefs.

In his History of Russian Literature published in English at the beginning of the 20th century, Dmitry Sviatopolk-Mirsky writes that Avvakum not only ranks among the leading Russian writers, but that no one has since surpassed him “in the skillful mastery of all of them. means of expression. everyday language for the most striking literary effects “.

The standard opinion is that the Russian literary language that we still use in speaking and writing today was shaped by Alexander Pushkin. Before him, a “high style” was used in literature – words and phrases that were not encountered in the spoken language. Avvakum, however, was the first to use colloquial language in written texts. 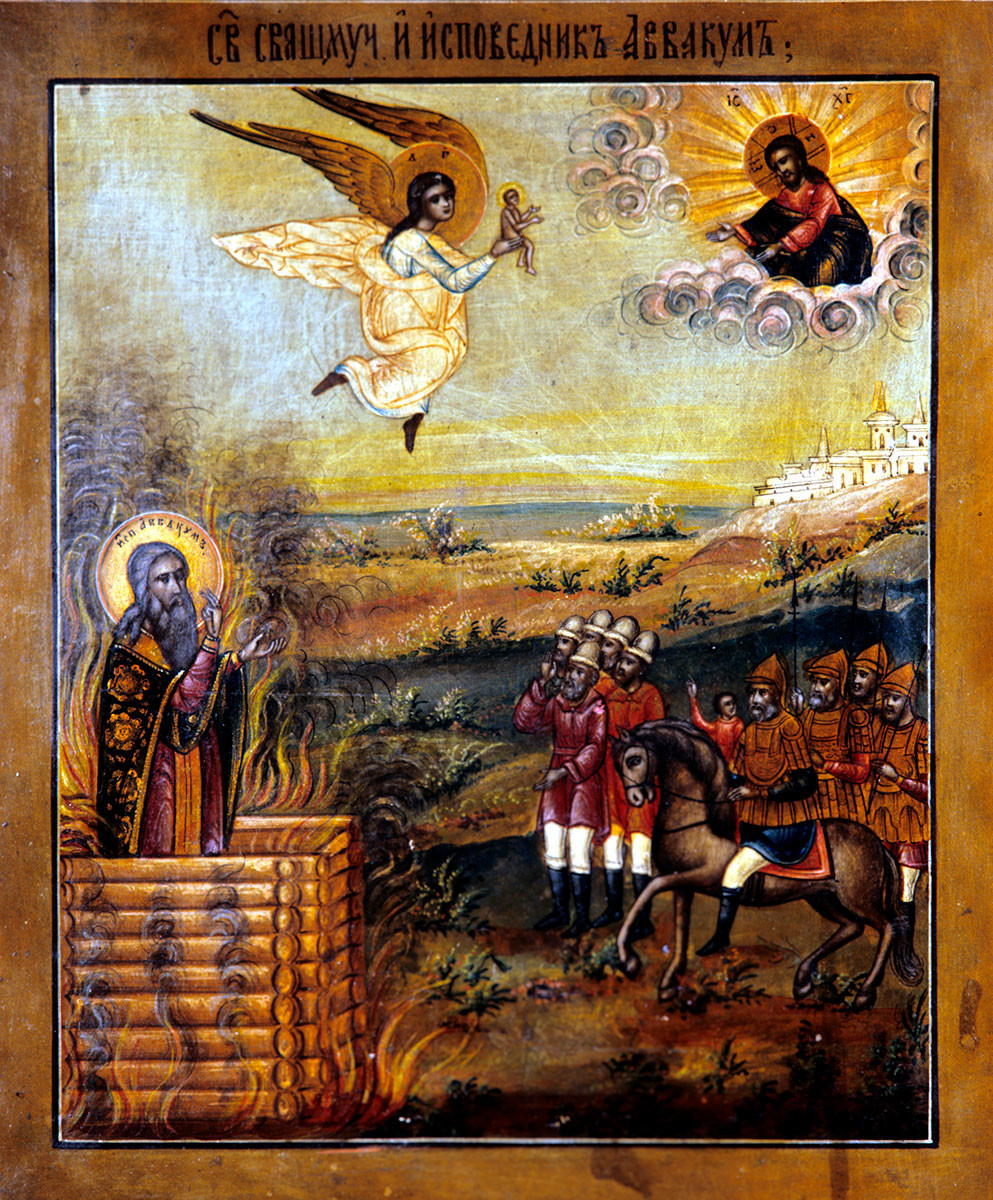 Protopape Avvakum. Reproduction of the icon of the Pokrov Cathedral in the Rogozhsky Cemetery of the Old Believers.

The archpriest begins his story by apologizing for his intention to express himself with the greatest simplicity: “I like my native Russian language and I am not able to decorate my speech with philosophical verses. He even combines vulgar speech with reflections on faith and references to Christ. Here is, for example, how Avvakum describes a mentally unbalanced guard who walks into his cell: “I cut his hair, washed him, and changed my clothes. we lived together, and the third present with us was Christ and the Most Immaculate Mother of God. ”And in the next sentence he says the keeper got dirty.

The archpriest is also able to express himself with haughtiness, especially when writing about people who have suffered for their faith. In his description of human misery, such as hunger and the forced labor of convicts, he becomes quite poetic. “The river was shallow, the rafts heavy, the ruthless guards, the clubs big, the gnarled clubs, the sharp knouts, the savage torture – fire and rack!” – people were starving ”. 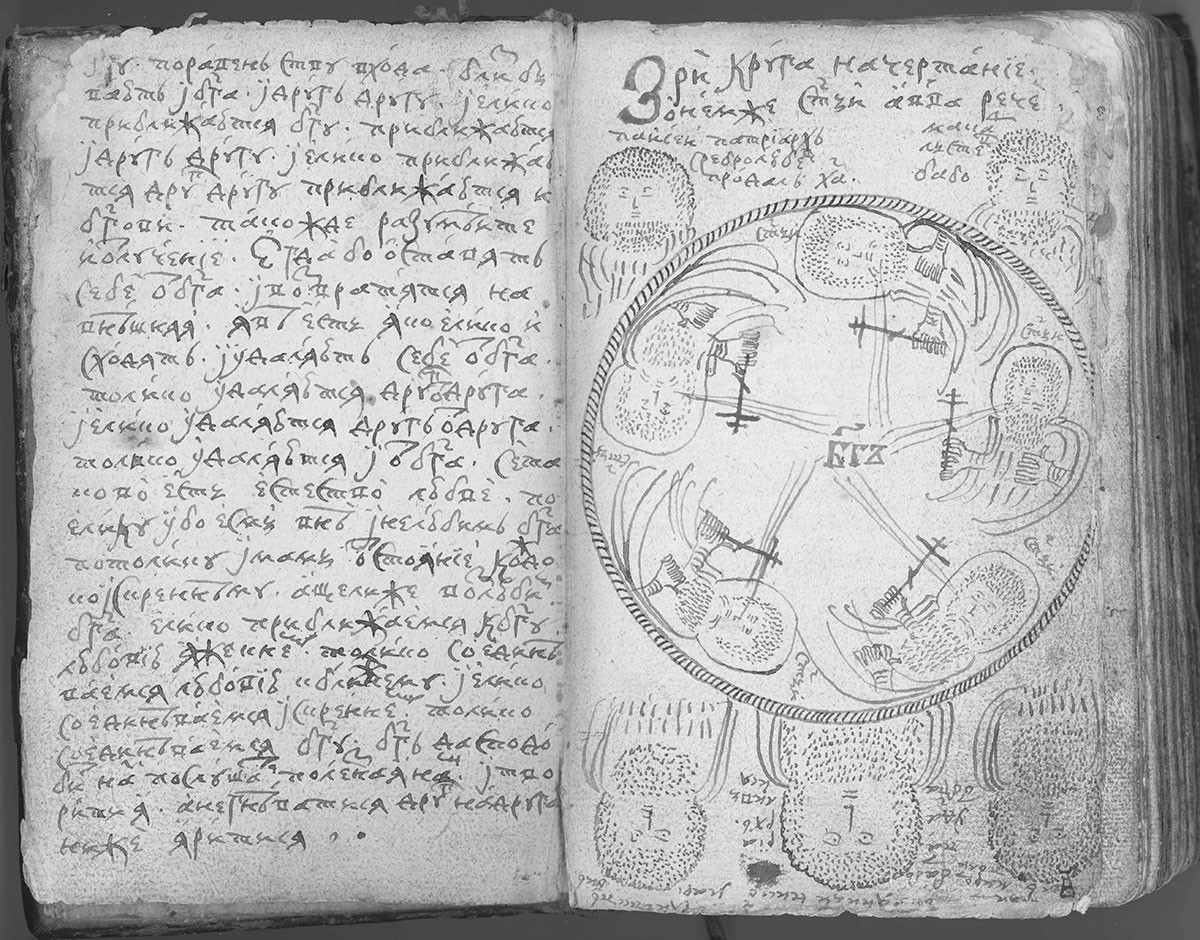 His Life was banned and only circulated among Old Believers in handwritten copies. Its first appearance in the press did not come until 1861. Remarkably, it was around the time when Dostoyevsky was writing his Notes from the House of the Dead.

Many viewed Avvakum as rude and unrefined, but everyone was full of admiration for his language. “Here it is – the living Moscow speech! Writes Ivan Turgenev. Leo Tolstoy read excerpts from Life to his family, praised dissident Avvakum and called him “an excellent stylist.” Fyodor Dostoyevsky also appreciated it very much. In his Diary of a Writer, he asserts that his language is “undoubtedly multifaceted, rich, multifaceted and global”, and that it would be impossible to translate Avvakum’s work into a foreign language – “it would result in gibberish” .

Despite Dostoyevsky’s exhortation, the Life has been translated into English several times. The latest translation, by Kenneth Brostrom, was released in the Russian Library series in the summer of 2021 at Columbia University Press. 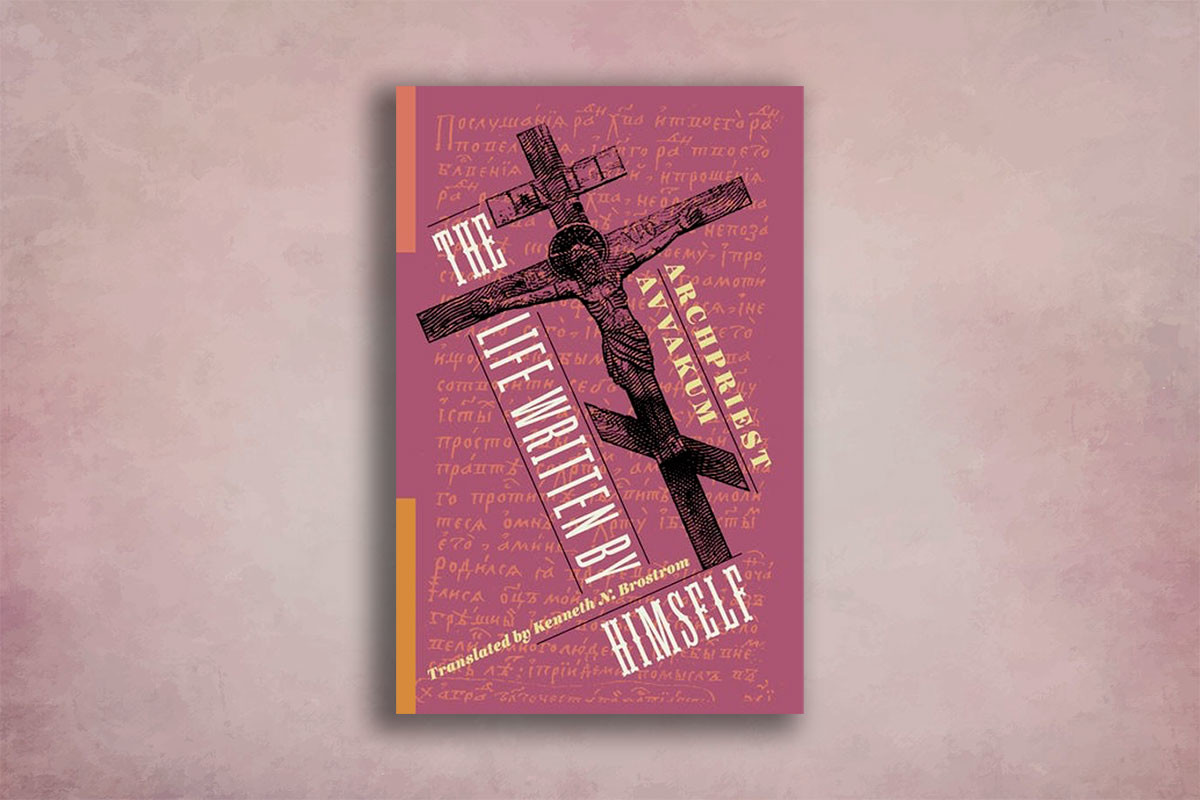 Archpriest Avvakum. Life written by itself

Publishers describe it as one of the most important works of Russian literature because its “familiar Russian, language and style have served as a model for writers such as Tolstoy, Dostoyevsky and Gorky.” The latter, whose protagonists seem to have come out of the pages of Avvakum’s book Life, considered the schismatic religious to be more or less the first Russian revolutionary. “The language as well as the style of the letters of Archpriest Avvakum and his Life remain an unsurpassed example of the fiery and passionate speech of a fighter. “

If you use all or part of the content from Russia Beyond, always provide an active hyperlink to the original content.